Giving women control over their fertility is at the forefront of the agenda for improving the well-being of women in developing countries. This issue was explored in the Plenary Lecture at the 2015 CSAE conference, given by Nava Ashraf, an Assistant Professor at Harvard Business School.

There is growing evidence that households do not behave as one unit, in contrast to what earlier literature would suggest (e.g. Becker 1981). Instead, individuals in households appear to have different preferences, so that household-level decisions such as the sharing of resources and fertility involve some kind of weighting of these preferences.

Surveys have shown that women often want fewer children than men in developing countries (figure 1); this suggests preferences over the number of children differ. As long as women’s outside options are low, they have little power in implementing their own preferences within the household. In Zambia, for example, around 41% of births are unwanted at the time of conception (Zambia Demographic and Health Survey, 2007). 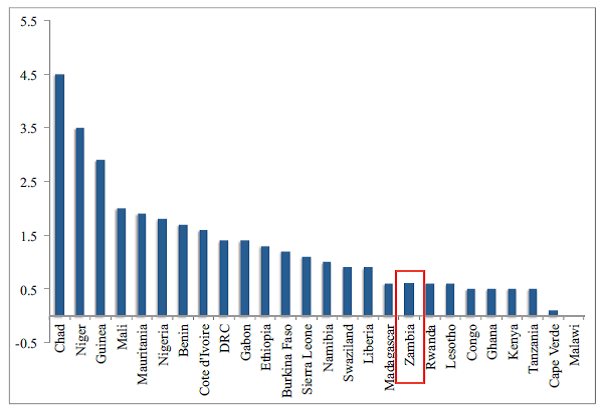 Ashraf, Field and Lee (2014) implemented an experiment in Zambia that gave some women access to concealable contraception on their own, while other women were given contraception together with their husbands. They find that women given access with their husbands were 25% less likely to use the contraception and 27% more likely to give birth. This supports the idea that in these households, spouses do not agree over family planning and that women have a stronger preference for contraception than men. However, they also find that women given access to contraception on their own reported a lower level of happiness after the study, which the authors interpret as suggesting that hiding contraception also bears a psychosocial cost. Nevertheless, it is difficult to be conclusive about the mechanism behind this. One possibility is that because the study affected childbearing, this in turn may have affected subsequent happiness, either directly or because women in the couples-treatment had more children, which is known to be correlated with a lower probability of divorce.

Of course, the real question is why men prefer to have more children than women, and one hypothesis is that men are not as well informed as women about the health costs of pregnancy. For example, husbands whose wife had a previous difficult labour are better informed about the risks of pregnancy. Ashraf goes on to discuss work in progress that attempts to educate men on these risks. This is certainly an important topic and the results of this study will be of interest to policymakers.

One Response to Affecting fertility behaviour in Zambia