Posted on December 18, 2017 by Ranil Dissanayake

Andy Dufresne lied to us. Hope is a terrible thing. It’s hope that gets you excited when England have twin centurions and six wickets in hand at 350-odd. It’s hope that’s kindled when a new fast bowler knocks off two Aussie top-order batsmen without any hassle. And yet, every time it offers you its helping hand, it yanks you in to deliver a pro-wrestling style kick to the belly. Needless to say, I was less than impressed by England’s collapse™, Craig Overton’s side strain and the inevitable soul-crushing Steve Smith innings I awoke to follow on Friday morning. Here to add to your weekly quota of disappointment is this week’s links.

Hope you had a great weekend, everyone! No links till the new year now – at which point I’ll try to round up my favourite pieces of 2017. 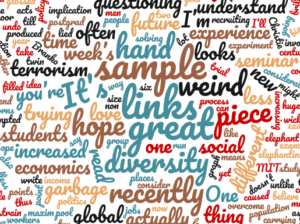