To What Extent Resource Discovery Influences the Politics of Fiscal Decentralization

“North Sea oil and gas reserves are another matter of much dispute. Mr Salmond says an independent Scotland would earmark a tenth of revenues – which the Yes campaign puts at about £1bn a year – to form a Norwegian-style sovereign wealth fund, creating a £30bn pot over a generation. Prime Minister David Cameron says the North Sea has been a British success story – and now oil and gas are getting harder to recover it’s important to back the industry with the “broad shoulders” of the UK.” Barford (2015)

Haggling over a fair share of the tax revenue between the central and the provincial governments is often an integral part of the political theatre in many countries. Natural resource revenue for its part plays a crucial role in influencing the politics of revenue sharing. Whether the issue at hand is fiscal federalism or autonomy or secession, the geographic location and the distribution of natural resource revenue seems to play a role. For example, the discovery of North Sea oil off the coast of Scotland has underpinned the Scottish case for sovereignty since the 1970s. North Sea oil was an integral part of the political discourse on either side of the Scottish independence referendum debate in the UK in 2015. The same could also be said about the secession movement of the three mini Indian states of Jharkhand, Chhattisgarh and Uttarakhand. These three mini states split from the three large states of Bihar, Madhya Pradesh, and Uttar Pradesh respectively in the year 2000 and they also happen to be endowed with one of the largest mineral deposits in the country. Bolivian indigenous communities of the Aymaras and the Quechuas not receiving a fair share of the natural gas revenue sparked mass protests and political instability in the country which led to the nationalisation of gas fields in 2005. 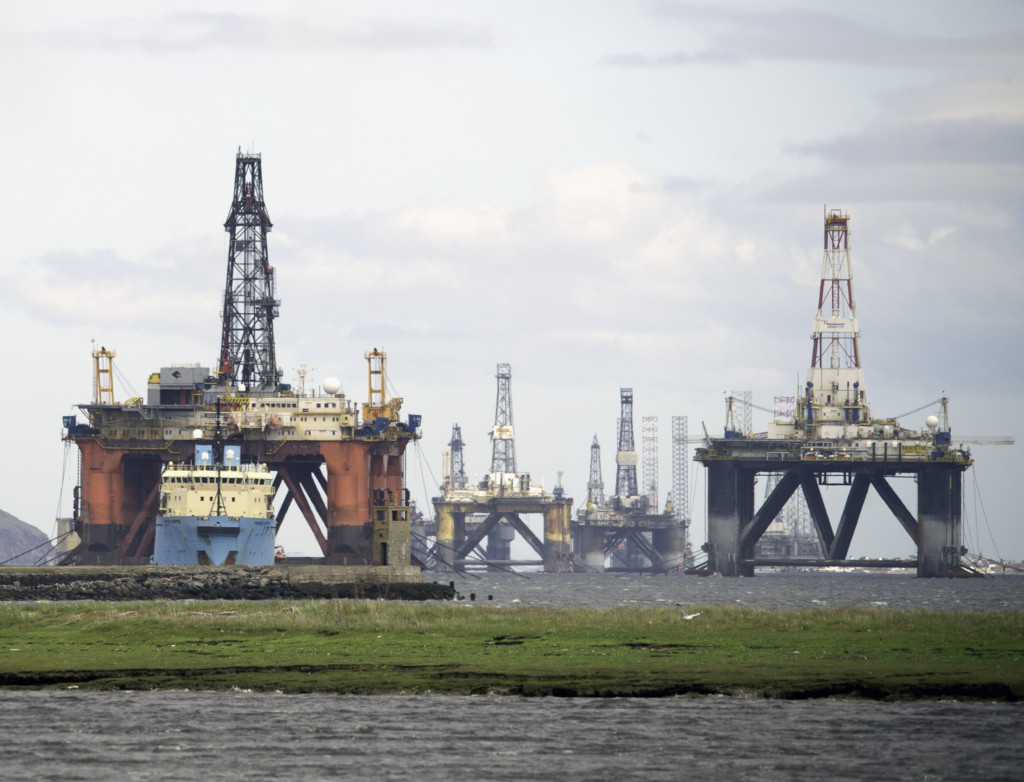 The study makes the following contributions. First, establishing causality is the main motivation in this literature and the study presents a credible strategy to achieve that objective by using the exogenous news shock of resource discovery as an identifier. Second, the study uses a novel geocoded dataset on resource discovery. In particular, the new dataset is able to distinguish between 11 different minerals (gold, silver, platinum group elements (PGE), copper, nickel, zinc, lead, cobalt, molybdenum, tungsten, uranium oxide) and oil discoveries. Third, the study is first to analyse the effect of resource discovery on the politics of fiscal decentralization. In particular, it explores how democratization influences the relationship between resource discovery and fiscal decentralization.

There is no obvious prior when it comes to the effect of natural resources on fiscal decentralization. On the one hand resource discovery could embolden a central government who is acting as a revenue maximizing Leviathan to act far more unilaterally and centralize fiscal affairs. On the other hand resource discovery could also incentivize the central government to decentralize in order to either expand political patronage or improve the efficiency of public spending by addressing the preference matching problem. (Note that the preference matching problem refers to the mismatch in preference between the local population and the rest of the country with regards to public spending and revenue collection.) Therefore, the lack of a strong prior either way makes this a valid empirical question.

Which fiscal institutions respond most to the resource discovery news shock and democratization? The study finds that tax and intergovernmental transfers respond most to the shocks of resource discovery and democratization. The institutions of own source revenue, property tax, educational expenditure, and health expenditure do not seem to be significantly affected. The discovery news shock might affect government revenue and spending through expectations but any direct effects on revenue collection have to wait till the start of production. The marginal impact of resource rent could be much more immediate and direct. Using both the standard fixed effects model and the instrumental variable (IV) method the study finds higher resource rent leads to more fiscal centralization and the effect is moderated by permanent democratization. This pattern is observed for both oil and mineral rents even though the effect is albeit weak for the latter.

Dr. Sambit Bhattacharyya is a Senior Lecturer in Economics at the Department of Economics, University of Sussex. His research interests are in the areas of development economics, economic history, and political economy. He has authored a book entitled Growth Miracles and Growth Debacles: Exploring Root Causes and published widely on topics related to natural resources and economic development.

This entry was posted in Uncategorized and tagged Development, Natural Resources, Public Goods. Bookmark the permalink.