Posted on November 10, 2017 by Ranil Dissanayake

So, it’s been a fairly eventful week, so I’ve been more or less glued to the news. This has had the welcome effect of helping me notice all sorts of fantastic stories (like the woman who responded to a politician’s sexist joke by running against him – and winning, and the guy who forced a plane to make an emergency landing because of his infidelity), but at the cost of bringing so much to my attention that this week’s links could easily be thirty bullets long. I’ll try and spare you that particular form of torture, but I make no promises: of all the failings that I’ve been accused of in the past, brevity is notably absent. 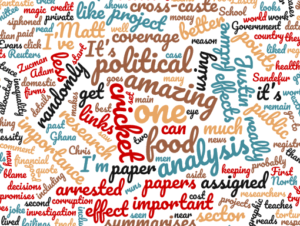