Posted on February 23, 2018 by Ranil Dissanayake

Can someone please explain to me why, every time it gets even slightly warm for a few days, we get an arctic blast of sub-zero temperatures, like being slapped in the face by an angry snowman? Waiting for spring to actually happen makes me feel like Silvio: just when I thought I was out, they pull me back in. I’m so desperate for warmth and sunshine that I’ve started watching the West Indian domestic cricket, just to be reminded what a hot country looks like. One compensation: this amazing video of Shiv Chanderpaul (still scoring runs, aged three-hundred and twenty-four) running out his son. I felt my age when I realised I identify with Chanderpaul Senior, rather than Junior. 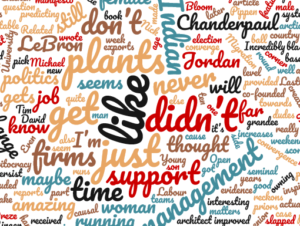