Policies for jobs in Africa: why we need more bad jobs (and fewer good ones) 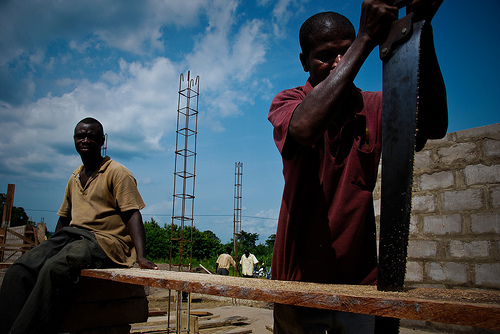 Jobs are back on the policy agenda in a big way. The World Bank is proposing to move Jobs to the Center Stage for its 2013 World Development Report. The ILO has created a “Decent work agenda” which includes creating jobs, guaranteeing rights at work, extending social protection and promoting social dialogue. The last is defined as “involving strong and independent workers’ and employers’ organizations” which the ILO argues is “central to increasing productivity, avoiding disputes at work, and building cohesive societies”.

The motivation for this new concern is obvious: OECD unemployment rates have been rising and rates of unemployment amongst the young in some countries are now extraordinarily high. The Arab Spring has focused attention on the problem of joblessness for the relatively-educated young. It would seem rather obvious that an agenda focused on jobs is what the world needs now if these pressing social and economic problems are to be alleviated.

However, will an agenda focused on jobs and the need to create decent ones help us understand the causes of poverty in Africa, where an increasing proportion of the world’s poor live? Is it true that if more decent jobs were to be created in Africa the problem of poverty would be alleviated?

I want to argue that the evidence we have suggests the answer to both those questions is no. Labour markets are very different across the world and, in understanding the causes of poverty in Africa, the enormous diversity in employment outcomes within the continent needs to be understood [see this paper for an overview].1

In poor African countries people overwhelmingly want jobs because of the incomes that they provide. Everyone can get a job – working in the home is a job in the sense that it generates output – it’s the meagre income from those sorts of jobs that is problematic. So the answer to my first question is clearly no: unless we know more about the incomes that these jobs provide, focusing solely on employment itself is irrelevant for understanding the problems of poverty.

Does this imply that the ILO agenda, which seeks to create decent jobs with better pay, is what is needed? Exactly the opposite is true: it is the creation of these kinds of jobs which increases poverty, precisely because such jobs are so scarce. Decent jobs, as defined by the ILO, require a lot of capital. You either use that capital to benefit the lucky (well-educated) few who get these good jobs or you use it to create more `bad’ jobs for the many. The ILO agenda could aggravate poverty rather than reduce it. For example, while South Africa has by far the largest number of decent jobs in sub-Saharan Africa, it also has one of the highest employment rates in the world. It is also, uniquely in sub-Saharan Africa, a place where poverty is associated with being unemployed.2

A good example of a country that has succeeded in dramatically reducing poverty by creating lots of bad jobs is Ghana [see here]3. These jobs were bad by the ILO’s standard in that they paid poorly, had no security, weren’t unionised (unlike those in South Africa) and provided a very volatile income stream. However, they were still very good at reducing poverty as they were still an improvement on what was previously available to the poor.

Poverty could be reduced if bad jobs, by the ILO’s definition, are actually better at providing the poorly-educated with higher incomes. Understanding what actually generates those higher incomes should be the focus if we are to come up with better tools for reducing poverty (see here for some more detail).

This entry was posted in Jobs, Finance and Skills and tagged Inequality, Labour, Poverty. Bookmark the permalink.

4 Responses to Policies for jobs in Africa: why we need more bad jobs (and fewer good ones)