To understand earnings in Africa, we need to look past the formal/informal divide 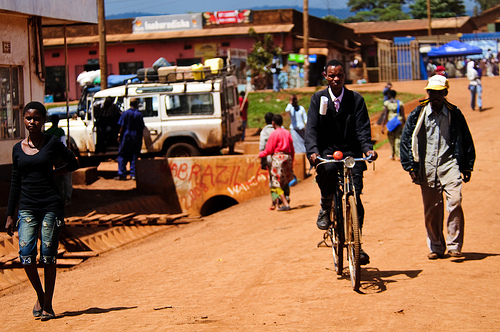 The debate about whether human capital or labour market institutions are the primary explanation for who earns what in developing countries is a long one. An important waypoint in this debate is the Harris-Todaro model, which came to be used to describe a segmented labour market. While it was initially created to explain urban/rural migration patterns, it ended up being used as a tool for thinking about why some individuals earned more than others in developing countries: formal labour market institutions like minimum wage laws, trade unions and public sector wage setting created higher wages for some while trapping others in unemployment or the “murky” informal sector in which these institutions did not operate. The resulting literature on segmentation has largely become bogged down in a debate over whether the formal sector pays more than the informal sector, despite Bill Maloney’s argument that earnings differentials can’t prove or disprove whether a labour market is segmented.

In a recent working paper with Francis Teal, I argue that earnings differentials may tell us something helpful about how the labour market operates, but that the dichotomy between the formal and informal sectors is unhelpful, as it does not shed much light on what is actually going on in the labour market in question. The fight over whether panel data estimators, propensity score matching or OLS can tell us whether the formal sector pays more than the informal sector means that other factors, such as the role of trade unions, the public sector and the benefits of self-employment versus small firm employment have often been neglected.

Our working paper pays attention to these neglected areas. It uses the KwaZulu-Natal Income Dynamics Study (KIDS),  a rich source of panel data taken from three waves in 1993, 1998 and 2004. The raw KIDS data reveals massive differences in earnings across different kinds of jobs, even when restricting the sample to only black South Africans. The self-employed had average hourly earnings six times lower than private employees, who themselves earned half as much on average per hour as public sector employees in 2004. Our paper investigates whether this comes about as a result of individual human capital differences – both observed and unobserved – or institutional features of the labour market, specifically unions and public sector wage setting.

These more nuanced conclusions would not have been possible had we simply divided the sample into the formal and informal sectors, and as a result we suggest that this dichotomy can be unhelpful in trying to understand how complex labour markets operate in developing countries.

This entry was posted in Jobs, Finance and Skills and tagged Institutions, Labour, Markets. Bookmark the permalink.