White man’s burden? How the presence of foreigners can change behaviour

Posted on September 10, 2012 by Jacobus Cilliers 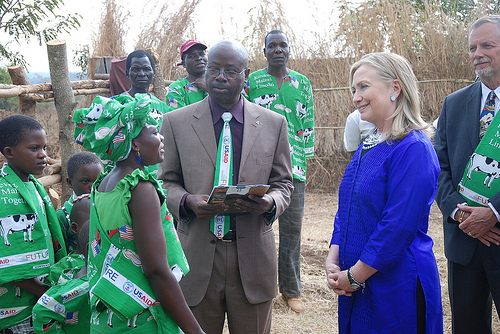 In my fieldwork in Sierra Leone I often find myself in an uncomfortable position where I receive “special treatment” because of my identity. This is an experience shared by researchers and expat aid workers who try, but fail, to “fit in”. The sad truth is that foreign development researchers and practitioners bring with them a whole set of perceptions and expectations. These expectations lead to different behaviour, which could be a hindrance to good research and good development practice. But how do people act differently? And why?

Our research team, Oeindrila Dube and Bilal Siddiqi and I, randomly varied the identity of a field researcher helping administer dictator games in Sierra Leone. The researchers were both male and of similar age and educational attainment. One was a white American and the other was a local Sierra Leonean. Neither spoke a word during the experiment. We found that participants acted more generously – an average increase in giving of 20% – in villages where the white researcher was present.

Why would participants act differently in the presence of a white man? To unpack potential mechanisms we look at how different people and communities respond differently to the presence of a white man. First, respondents from villages that are more exposed to aid are less responsive to the presence. This suggests that different levels of giving have something to do with expectations about aid. Participants from these villages possibly expect less from foreign visitors, since they have a better idea of how aid is allocated. Second, we find that respondents who hold a traditional position of power – chiefs and leaders of secret societies – actually gave less in the presence of a white man. Increased giving by those with less power could thus be due to deference to authority, based on perceptions of power of the white man.

These results have implications for research and development practice. First, your presence in the research significantly undermines the results. You should either be absent when games and surveys are conducted, or randomly vary your presence. The success of impact evaluations could thus be overstated, if respondents “give the right answers” to please the researcher.  Moreover, true behavioural change could be short-lived if it is determined by the presence of a “white man”, rather than the actual project. Second, development practice could be more difficult than initially thought. All development agencies emphasise “equal partnerships” with local organisations and “empowerment” of the recipients of aid. But this research suggests that this goal is very hard to realise, due to initial asymmetric power relations. If we are associated with power and money, isn’t our mere presence disempowering?

This entry was posted in Institutions and Growth, Policies to Protect the Poor and tagged Aid, Institutions. Bookmark the permalink.

One Response to White man’s burden? How the presence of foreigners can change behaviour