Economic shocks and conflict: where is the literature headed? 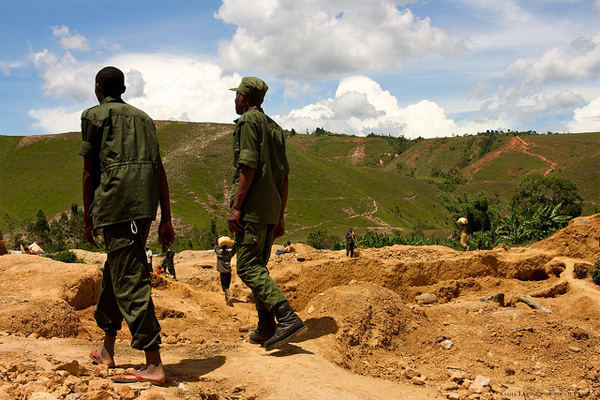 I received news this weekend that the keynote speech for the upcoming CSAE conference will be on “Conflict, climate and economic development in Africa.” The speaker will be Berkley’s Ted Miguel. If you didn’t have a reason to attend the conference before, you do now!

Spurred in no small part by the pioneering work of Oxford’s own Paul Collier and Anke Hoeffler, the first wave of research into the economics of conflict established that economic variables are good predictors of the incidence of conflict. Economists, then, might have something to say about the causes of war and other types of violence. This, of course, remains an active literature: Djankov and Reynal-Querol, for example, have recently argued that the correlation between poverty and civil war is not causal, but instead reflects the deep underlying causes of both poverty and conflict. Spolaore and Wacziarg have come to the striking conclusion that more genetically similar countries go to war more often, even controlling for  physical distance.

In part because it is easier to make causal claims with panel data, a very active subset of this literature has focused on the role of economic shocks. I have been struck by how much recent theoretical (e.g. Besley and Persson) and empirical (e.g. Dube and Vargas) work has reinforced Collier and Hoeffler’s cost-benefit approach.

Evidence has been published both for and against drought as a cause of civil war in Africa. Similarly, there is controversy whether terms-of-trade shocks have or have not spurred conflict.  As an economic historian, I have to point out that these are not new issues. Ying Bai and James Kai-sing Kung have linked Sino-Nomadic conflict over the very long run to climate shocks. Namrata Kala and I have argued that beneficial temperature shocks increased slave exports during the time of the slave trade.

So: I find this a very interesting literature! Since I am late to the party, I have to make some guesses about where the field is headed if I want to contribute something. As best as I can tell, this field is headed in two directions:

1. Why do shocks precipitate conflict in some places and not others?

2. What are the long run effects?

We have learned a lot in the last decade about how living through war affects child soldiers, soccer players, and children who grow up during war, among others. Recent work has shown that war exposure is bad for child health, warps portfolio decisions, and changes how individuals behave, though it may increase political participation. Achyuta Adhvaryu and I will debut a paper in this sub-field at the CSAE conference next month.

At the macro-level, Melissa Dell tells an interesting story of path dependence about the Mexican revolution. Areas experiencing drought on the eve of the revolution were more likely to participate in the insurgency. This translated into greater land reform in these municipalities. Due to the weaknesses of the ejido system, these districts are poorer and less industrial today.

Other studies of the macro-economic effects of conflict, however, have yielded surprising conclusions. Though the temporary disruptions caused by war can be massive, economies prove surprisingly resilient. Hiroshima and Nagasaki returned to their long-run trends within a generation. The intensity with which different parts of Vietnam were bombed during the war are does not predict differences in the extent of poverty. Economies, then, have been quite resilient, as would be predicted by many standard growth models. But, if we believe “new” growth theories, in which human capital matters, this becomes surprising. Here, the micro-economic and macro-economic evidence appears to be out-of-sync.

This entry was posted in Institutions and Growth and tagged Conflict, Growth, Political Economy. Bookmark the permalink.