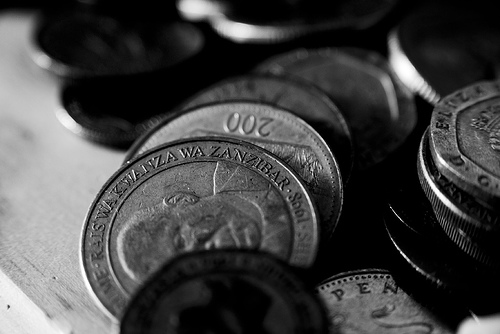 If you’ve been following development blogs for a few years, you probably remember The Great Fungibility Debate of 2010 that was sparked by a paper in the Lancet written by researchers at the Institute for Health Metrics and Evaluation. To briefly recap, the Lancet paper finds that, in the long run, foreign health aid is fully fungible. That is, in the long run, for every dollar of health aid a country receives, it spends about 1 dollar less of its own resources on health. This result attracted much attention in the blogosphere.

Now that the dust has settled, I want to use this space to draw attention to one issue that has been largely absent from the debate and that I believe has a big effect on how we should evaluate the fungibility of aid. For me, this issue goes back to a line in a 2000 paper by McGillivray and Morrissey  who argue that, because a large portion of the aid that is reported by donors is not reflected in the public sector accounts of recipients, such aid measures “…are inappropriate for analyzing fungibility”. What I tried to do in my own work is draw out the consequences of such off-budget aid for the assessment of fungibility in more detail, and suggest some possible ways of accounting for off-budget aid when testing for the fungibility of aid.

This standard assessment of the degree of fungibility is, however, no longer valid in the presence of off-budget aid. One way to see this is with a simple example. Suppose a donor builds a hospital and does so in a way that bypasses the recipient government (i.e., using off-budget aid). If the recipient government does not do anything, we end up with one more hospital than in the absence of health aid, so there is no fungibility. But since the money used to build the hospital is off budget, it does not show up in the recipient government’s health expenditure. As a result, we would estimate a beta of 0 rather than 1, even though health aid is not fungible.

Data I pieced together from various papers and reports for a number of countries suggest that off-budget aid is substantial, often making up more than half of total aid received, so not dealing with off-budget aid in a correct manner potentially matters a lot when you’re trying to find out whether aid is fungible.

How can we deal with off-budget aid when assessing the fungibility of aid?

A second approach to deal with the presence of off-budget aid uses simple algebraic manipulations to transform our coefficient beta into a coefficient that we can use to assess the fungibility of health aid by comparing it to the standard benchmarks. This transformation depends on the relative variance of off- versus on-budget aid (call it delta) and the correlation between on- and off-budget aid (rho). In essence, this allows us to assess the degree of fungibility under varying assumptions about the role of off-budget aid (i.e. different values of delta and rho). In a recent CSAE working paper, a revised version of which is forthcoming in the Journal of Development Studies, I use data from the Lancet article mentioned at the start of this blog to do exactly this. I find that the full fungibility conclusion arrived at in the Lancet paper depends heavily on the implicit assumption that all health aid is on budget. Taking into account off-budget aid typically reveals a lower degree of fungibility and, under plausible assumptions about the role of off-budget aid, often only modest or zero fungibility is found, even in the long run.

The two approaches can also be combined, as I show in the WBER paper, to check, for instance, what happens when the assumption that technical assistance is completely off budget is relaxed to some extent.

Both these papers suggest that taking into account off-budget aid has a massive impact on our assessment of the degree of fungibility. This implies that papers in this literature that have relied on donor-reported aid measures (in particular, data provided by the OECD DAC) may seriously overestimate the actual degree of fungibility.

In terms of going forward, taking into account off-budget aid presents both challenges and opportunities for research. Challenges because it makes the assessment of the fungibility of aid more complicated. Opportunities because, as better data become available, we might be better able to distinguish on- and off-budget components of aid, which would enable us to test for the fungibility of aid in a more appropriate manner.

I’ve only been able to scratch the surface in this blog post so, if you’re interested, by all means have a look at these two papers on my website and let me know what you think.

This entry was posted in Institutions and Growth and tagged Aid, Data, Development, Health. Bookmark the permalink.

One Response to Fungibility and off-budget aid