Community-Based Development initiatives: Who in the village hears about them and who doesn’t? And how?

Community-based development programmes, known for placing greater control of resources and decision-making in local hands, have long been an important part of development policy. But these programmes are also behest with their own challenges and limitations. One of these is the spread of information: those who might stand to benefit the most from these programmes (such as the elderly and disabled) might be the least likely to hear about them. It is hard to benefit from something you’re unaware of. Community-based development initiatives often rely heavily on village meetings and media campaigns (e.g. radio, television and newspapers) to sensitise communities and to encourage participation. But vulnerable groups such as the elderly and disabled may not have (easy) access to such direct sources of information because of physical or socio-economic constraints. 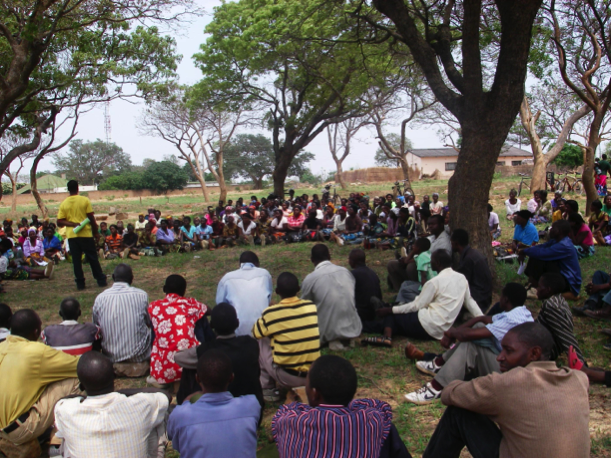 We tend to learn information from our peers, so it is possible that interactions within a person’s social network might compensate for a lacklustre information campaign. One of my recent CSAE working papers sets off to investigate the extent to which neighbours may influence the awareness of elderly and disabled groups in rural Tanzania. My paper examines this in the context of Tanzania Social Action Fund II (TASAF II), one of Tanzania’s flagship community-based development projects, funded by the World Bank. Launched in May 2005 as an important component within the national framework of the Tanzanian National Strategy for Growth and Reduction of Poverty (popularly known as MKUKUTA), TASAF II followed its predecessor TASAF I (2000–2005) in the aim of empowering local communities to participate in development initiatives. Among the communities explicitly targeted by TASAF II are vulnerable groups comprising orphans, disabled, elderly, widows/widowers and those infected by HIV/AIDS. These vulnerable groups could collectively apply for funding to start up income generating group activities.

Most of the activities implemented by TASAF during the first two years of implementation (2005–2007) were aimed at creating programme awareness, by means of national and regional radio programmes, newspapers, newsletters, television shows, technical launch workshops, village meetings and the distribution of brochures, posters, t-shirts and caps. And yet, as has recently been shown by Baird et al. (2013), in 2008 less than half of TASAF’s eligible non-beneficiary households reported to have ever heard about the program, and that was after the funds had already been allocated.

Baird et al. (2013) identify a household’s direct access to information (such as education and village meeting attendance rate) and their immediate access to local politicians and other decision makers (e.g. being blood related to the village elite) as the dominant determinants of being informed about TASAF. I contribute to this evidence base by considering whether social interactions with neighbours played a role in the information reaching more widely and, if so, whether different households benefitted differently from information in their neighbourhood.

To answer this empirical question I used household data from a listing exercise organised by the World Bank in April–November 2008 collected in the context of an impact evaluation of TASAF II. This unique dataset captures the details of 30,339 households, including all elderly and disabled people (19,916 households), in 100 villages from 5 regions in rural Tanzania. The dataset includes, among other things, global positioning system (GPS) coordinates of each of these households in the dataset and information about their knowledge of TASAF. 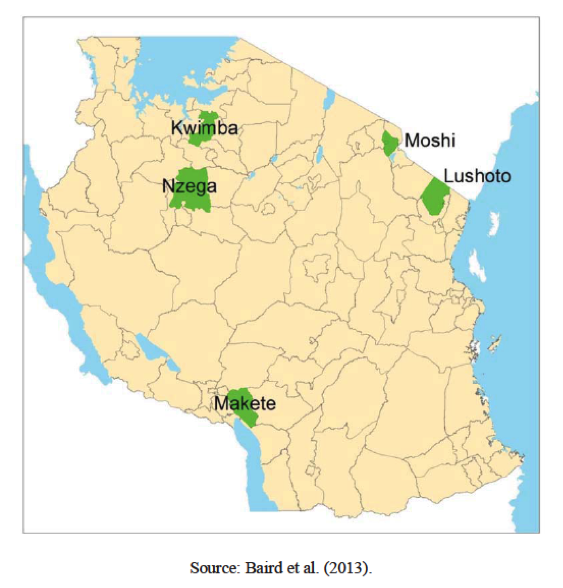 Using a two-stage least squares estimation strategy derived from Bramoulle et al. (2009) and De Giorgi et al. (2010), I find that, on average, for each additional informed neighbour in a set of 10 nearest neighbours, the respondent of a household with disabled or elderly members was approximately 8 percentage points more likely to be informed about TASAF. To put this into context, compare this estimated peer effect with the impact of attending village meetings (i.e. the sensitisation medium most heavily relied on by TASAF): having two informed neighbours among one’s ten nearest neighbours had, on average, a similar impact on the probability of being informed as had attending a village meeting (15% and 14%, respectively).

My paper also looks at which types of elderly and disabled households were most and least receptive to information in the neighbourhood, and which households (vulnerable and non-vulnerable) were most effective in transmitting information to others. The results suggest that households with members holding political positions were relatively more effective in the transmission of information to others. Moreover, the economically worse-off households benefitted most from the presence of well-informed neighbours. This is not surprising, as better off households are likely to have better access to primary sources of information, such as radio and newsletters and, therefore, are less therefore likely to rely on peers for information.

Although we should be careful in generalising these results to other demographic groups and other geographic contexts, this new piece of evidence points out that there are people who are not only restricted in their access to direct sources of information (e.g. village meetings, radios, television, etc.) but who also lack indirect access to information through social networks. If the aim is to maximise inclusion in  community-based development programmes, especially those targeted at the most vulnerable people, it may be desirable to target some demographic groups separately with complementary – specifically designed – sensitisation strategies which take these constraints into account (e.g. through targeted home visits).

This entry was posted in Policies to Protect the Poor and tagged Aid, Community-Based Development, Development, Poverty, Social Networks. Bookmark the permalink.