So I was all set to write an upbeat intro with a little gif of me doing a dance of happiness at how sunny it is (and the fact that my wifi works in the garden), and then I saw the news about Anthony Bourdain. Bah. I remember buying my copy of A Cook’s Tour in 2001 in Oxford and reading about half of it in a single sitting – I enjoyed it much more than the bombast of Kitchen Confidential. Even better was his essay in Medium Raw, My Aim is True. It celebrated the work of one of the many invisible people involved in restaurant cookery, a Dominican prep cook, whose job was just to bone fish. It managed to get across the thrill of just watching someone brilliant at their work, and the focus on simple things that allowed him to achieve that state, while being an advert for Bourdain’s instinctive support for underdogs. Gah. Depression sucks. 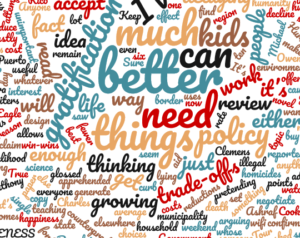