So, in the two weeks since the last links, the news has uncovered a resurrection, multiple (simultaneous) personalities and the biggest brain-freeze in history (if the Cavs lose a close series, I will never forgive JR Smith for wasting this Thanos-level LeBronnery). If it weren’t for the inevitable and reassuring England batting collapse in the first test, I might have thought the universe was warning me about neglecting the links. Still, it meant I got to go to the Farne Isles and watch unsuspecting day trippers get dive-bombed by the Arctic Terns, so it was worth missing a week… 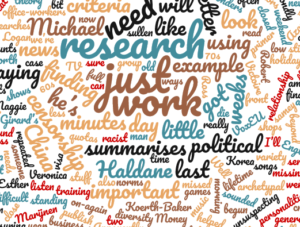