What are the ethics of movie spoilers in the intro to a links round-up? (don’t worry, I’ve avoided them.) I finally saw Avengers: Infinity War on Wednesday and it’s been on my mind, not least because of the use of an odd mix of unreconstructed Malthusianism and a kind of repeated strategic trolley problem to motivate the film: with a little basic economics and a primer on game theory, the whole thing would have lasted about five minutes. Maybe the sequel next year will feature two new superheroes: Empirical Economic History Man (by day, mild-mannered Max Roser) and Strategic Man (a.k.a. Avinash Dixit). As an aside, I rushed out of a great seminar by Esther Duflo to make it to the cinema, the steepest slope from good economics to bad in history?

I’m away next Friday, so see you in two weeks! Have a great weekend, everyone! 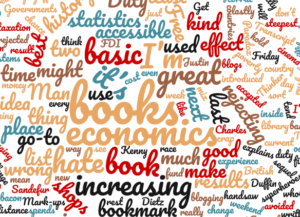